First, let me start by saying I am a huge fan of theme parks, and it’s given me great joy to have a Universal Studios in our backyard in Singapore.

What a treat to have been invited to last night’s media preview of their fifth edition of Halloween Horror Nights, one of the region’s most iconic haunted theme park experiences!

With three Singapore-themed haunted houses (The MRT, Hell House and Block 50) and USS’s first dark house (Tunnel People), there are also scare zones to walk through and chill zones to hang in if you’re prone to heart attack and want to take a breather, and many of the rides (like Battlestar Galactica and The Mummy) remain open. BTW, I love riding roller coasters at night, it’s a whole different experience!

The most striking Scare Zone is themed The Invaders, where giant aliens wander amidst UFOs and tanks, and it appears mankind has lost the battle for survival. 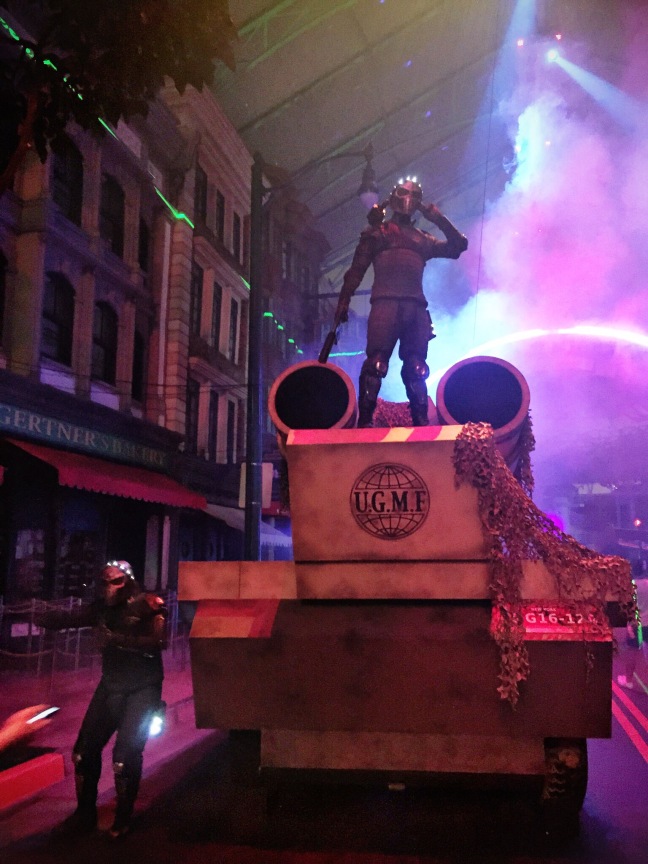 Of the four haunted houses, my two favorite were Hell House and Block (SG)50.  I’ll let a few photos do the talking!

Hell House is filled with creepy “Paper People” and paper props, those paper effigies you burn during Hungry Ghost month. A lot of interesting details can be found in this haunted house, which gets pretty hot inside… As everything is meant to burn…

I didn’t get a lot of photos from Block 50 (or Siloso Gateway Blk 50), because it was so exciting and there were parts you we were sprayed with water, or we had to stoop low to crawl under menacing, swinging things… Only to encounter more scares on the ground!  So I put my phone away! I liked this best because it combined the Zombie nightmare experience (think Walking Dead breaks out in an HDB block) with elements of every day life that all Singaporeans would recognize – Taking you through familiar void decks (but covered with bloody hand prints and neighbors screaming from behind the grills next door), and through homes of all cultures that people will identify with. Best actress award goes to the emaciated screaming, bloody-covered Ibu zombie tied to a bed. 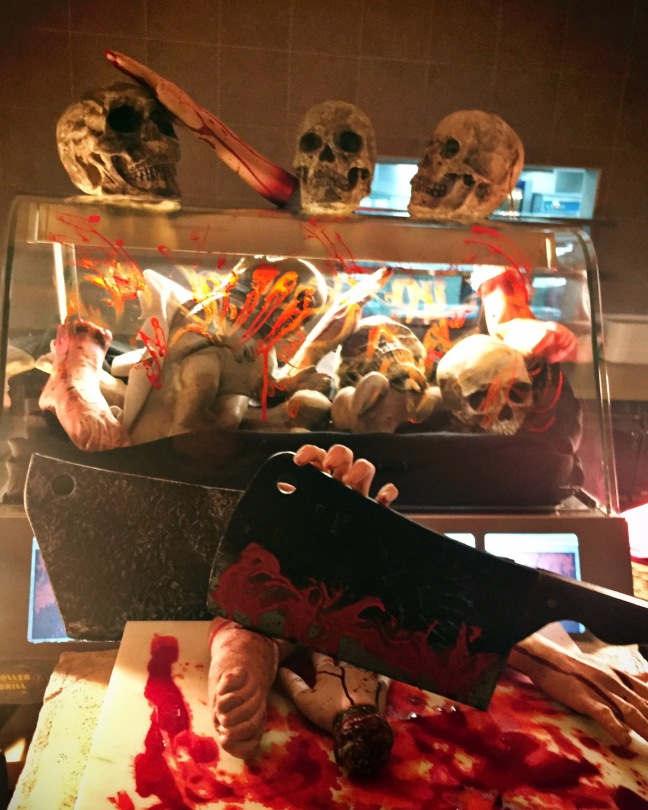 I’ll just end by saying this is definitely NOT for the kiddies. We left Bubu at home as I think he may have been permanently scarred by all that went on, I didn’t want to be an #assholeparent fo’ real!

Halloween Horror Nights 5 (#HHN5) kicks off from 2 October til 31 October. You can get admission tickets for $58 (Usual Price $68) if you buy four or more online http://www.halloweenhorrornights.com.sg for more info.